This book was first released in 2015, and my review was made upon receiving a free copy of the book, however, I had been following Jia's journey before the book came out, and continue to use his story as an example when talking to, mentoring, and teaching some of the people I work with in building a network marketing  business. Jia now has an app called Dare Me , and more over at his Rejection Therapy webpage, and you can watch his Tedx talk too.
...
As kids, we face rejection on a daily basis - every time we ask our parents for something that we know is going to be turned down, we are taking a risk. By the time we move into adulthood, we have repeated that course of action millions of times, moving away from our "safe place" of rejection (our families) and out into the wider world of friends, teachers, and strangers. As adults, many of us have experienced that "no" so many times that instead of being inoculated to hearing a negative answer to our requests, we are paralyzed to even ask any more.
A man named Jia Jang took this paralyzing fear by the horns when he found himself living a successful life, by society's standards, but miserable because he was not living up to his personal dreams and expectations. He started on a quest to get rejected 100 times in 100 days. The idea involved making requests in varying levels of outlandishness, and getting rejected. His requests ranged from asking a stranger for $100, to asking to slide down a pole at a fire station, to getting a free room at a hotel, being the worst salesman ever, and so on. Through the course of this project, he refined his technique and received better and better results at getting to "yes". 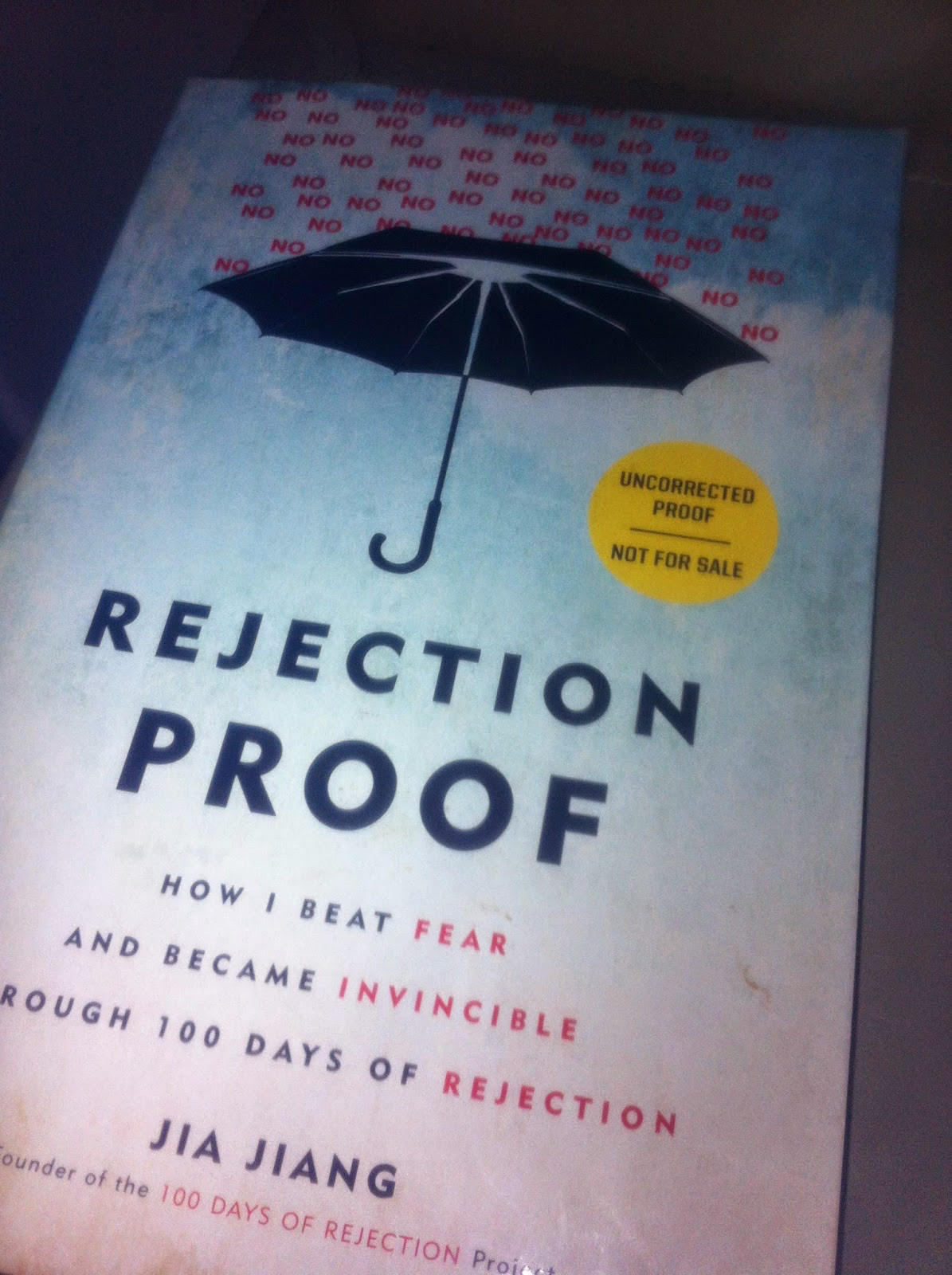 Opening up to the ultimate rejection:

Jia wrote a book about the experience, and offered it to strangers for an unbiased review.
The book is called Rejection Proof, and I had an opportunity to review it; I gladly accepted. I want to say right up front that this book is a new tool in the training arsenal for my Young Living Essential Oil team. Jia wrote in an easy-to-read style. He did not talk about all 100 of his challenges, but he outlined the lessons he learned along the way. It really inspired me to jump out there, be less afraid, and "Let's see what happens!"
(The very best video clip comes on his book pre-order page, linked above, where he asks people to read aloud from his as-yet-unpublished book in a book store!)
Because of our learned fear of rejection, we don't even ask any more, making the answer an automatic "no." Young Living is the fourth work-from-home company I've joined, and the first I've been relatively successful with. However, there are some pieces of advice that I've heard in each of the four companies - but did not necessarily understand at the time. The first is: Try to get 100 no's.  Right up there alongside, Network marketing is a numbers game - the more people you ask, the faster you'll get to 'yes.'
These principles work not only in network marketing, but also in life in general. How many times do my kids ask for something? How many times do I say 'no' only to hear them ask again 30 minutes later? This is where expressions about "squeaky wheels getting the grease" come from.
A couple of my personal "a-ha" moments included:

Rejection is an opinion

… rejection seemed less like "the truth" and more like an opinion. Other people were simply processing my requests, then giving me their opinions according to their best interests. That opinion could be based on their mood, their needs and circumstances at that moment, or their knowledge, experience, education, culture, and upbringing over a lifetime. Whatever was guiding them at the time that I entered their lives, these forces were usually much stronger than my presentation, my personality, or my request itself.

… Every time they ask for what they want, they feel that the "universe" is making a unanimous judgement on their merits -- and coming up wanting. … The "universe" is made up of people with diverse and often polar-opposite personalities, incentives, and backgrounds. Their reactions to a certain request reveal much more about them than about the request itself. (Emphasis mine.)

… rejection is a human interaction, with at least two parties involved in every decision. When we forget this -- and see the people who say yes or no to us as faceless machines -- every rejection can feel like and indictment, and every acceptance like a validation. But that's just not the case. 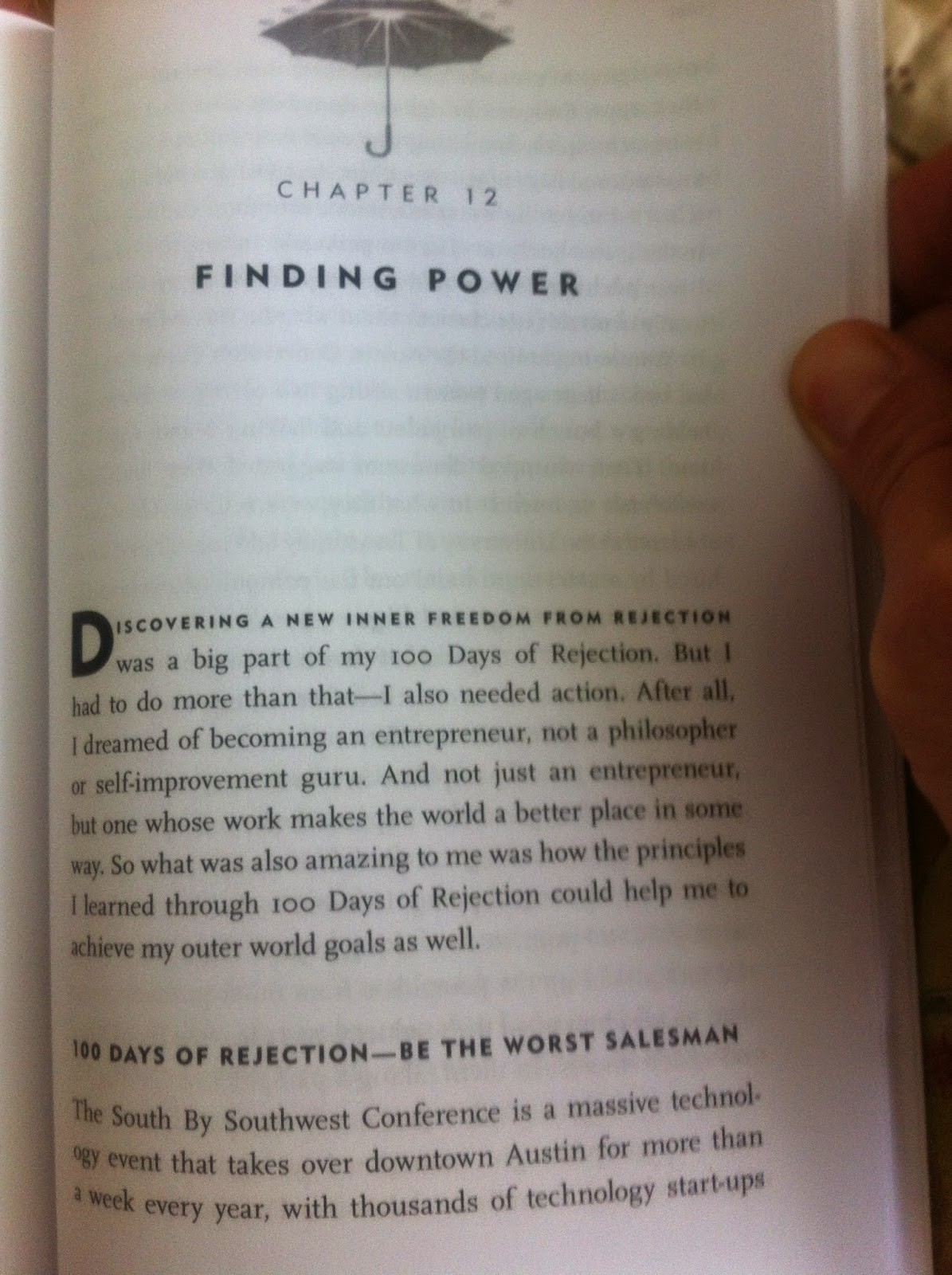 Rejection has a number

If the rejectee goes through enough no's, it could turn into a yes.

This book offers humor and lightheartedness to a task and a topic that causes fear in most people - often paralyzing fear. But reading the book can help break through the clouds of that fear and help inspire, entertain, and give readers wings to soar as they take on their own fear-busting, 100-day rejection therapy challenges. My team leaders will be receiving copies of this book as they meet milestones in their essential oil journeys. I have only the highest recommendation for this book.
Head over to Amazon, Barnes & Noble, or IndieBound to a copy, and get the app too - It has a rejection option with 90 dares for free; paid options include: entrepreneur (30 dares), Love (30 dares), and a Combo with 60 dares.

Once you read it, come back here and give your opinion of the book in the comments below! I'd be delighted if you'd share this blog post on FaceBook, Twitter, Google +, or other social media sites! Thanks!
Disclaimer: I received this book in exchange for my unbiased opinion and review. I was not required to write a positive review, and have given my unbiased opinion on the product given. No money was given or received in exchange for my this blog post. 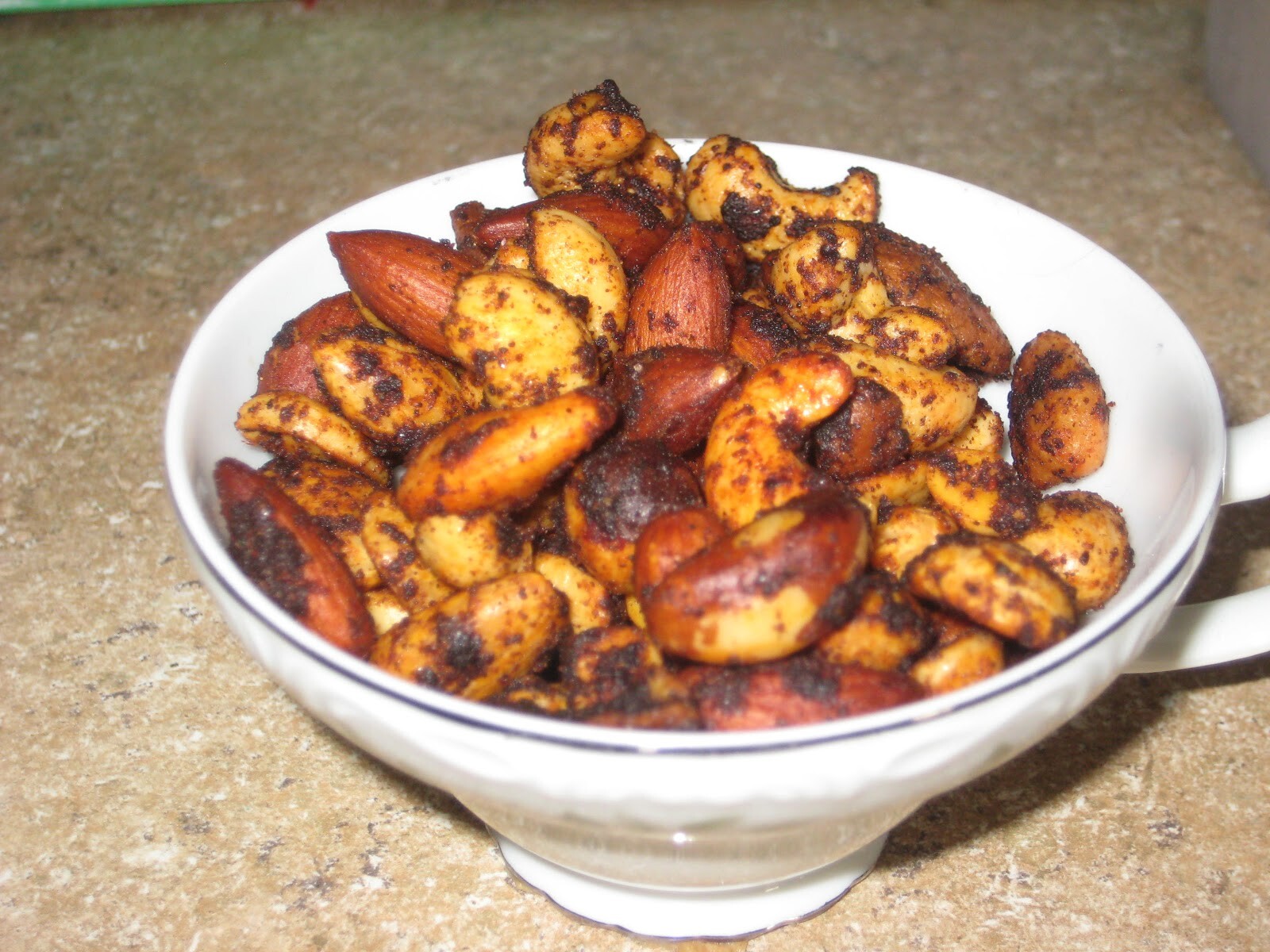 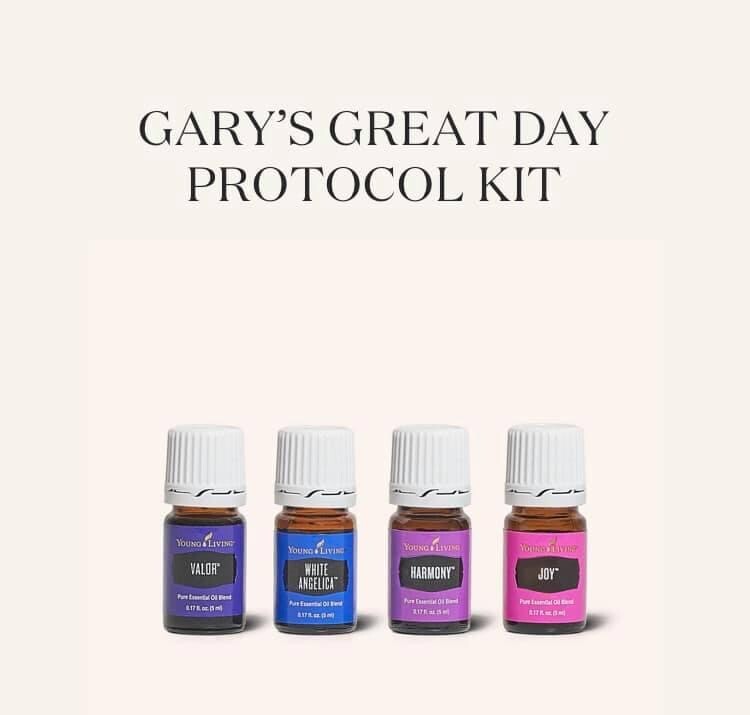 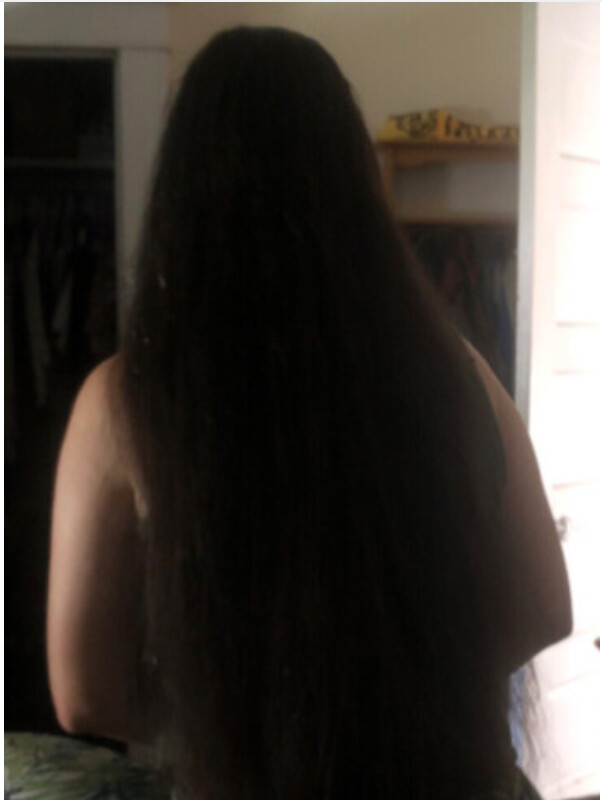 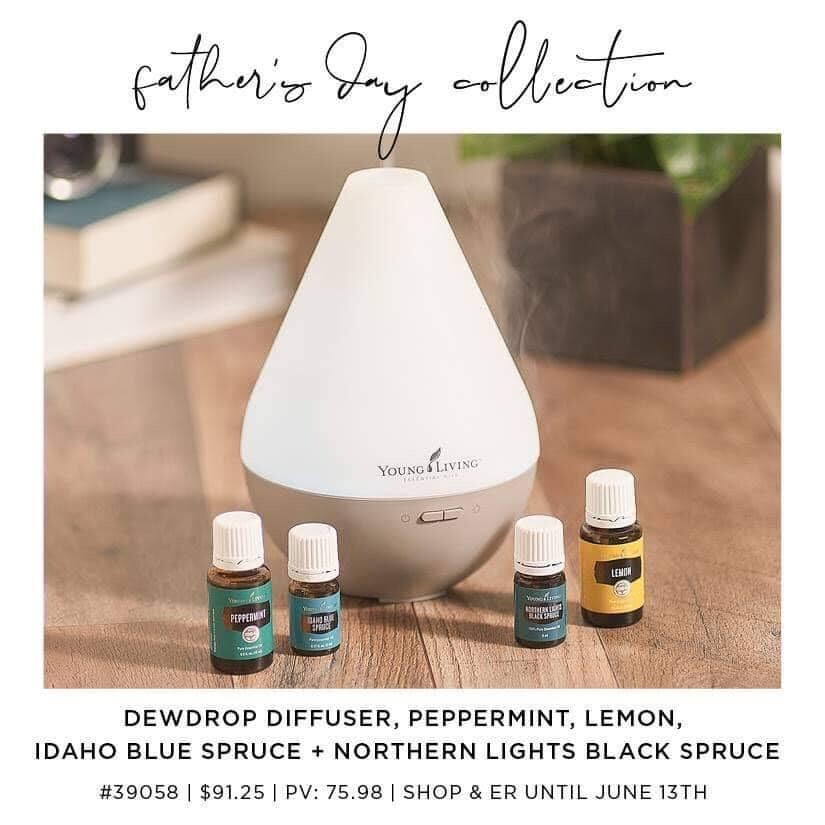 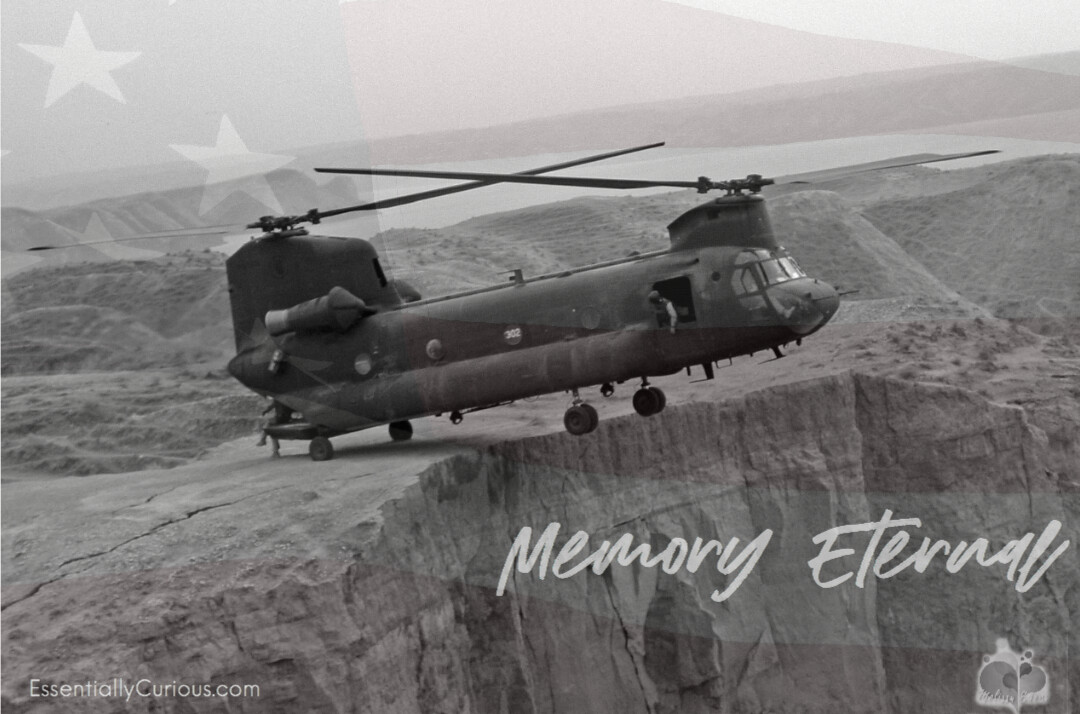 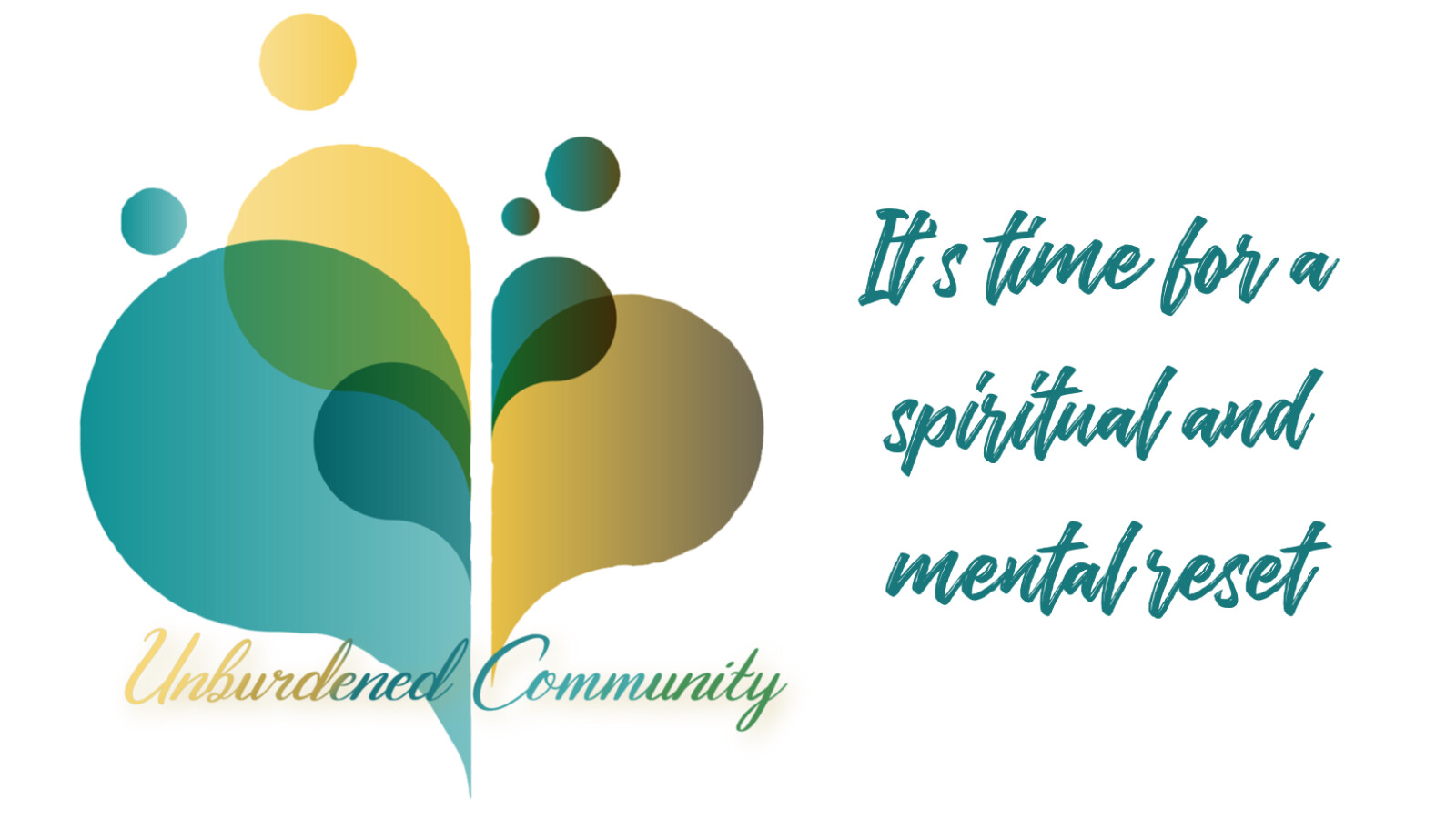 Toxins in Everyday Use